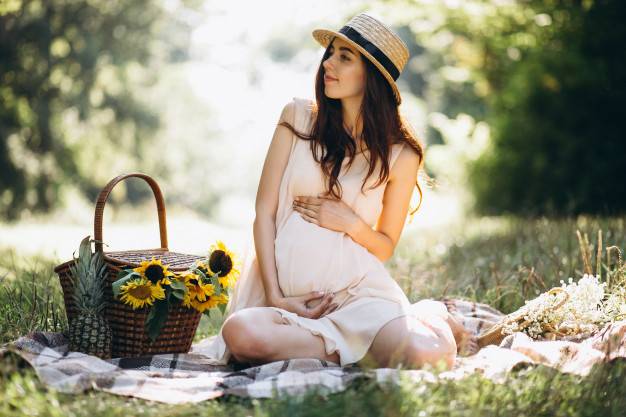 Prenatal Dance also known as birth dancing has been around since the beginning of time. Birth dancing is truly unique among the world of dance. This dance makes you feel proud to be a woman like nothing else, except perhaps motherhood. Everything about this dance makes you revel in your femininity. Similar to most dances it developed out of celebration and entertainment, but this dance also had a special purpose – to train a woman’s body to give birth. You see the hips and uterus are connected by ligaments. Doing specific hip movements is the only way to tone your uterus. These movements will also tone your abdominal muscles, legs, arms and buttocks. The stronger these muscles are the easier labor will be. Additionally, research shows that music and dance can relax the body and mind. A relaxed birth is safer, easier and faster.

Birth dancing is one of the oldest and misunderstood forms of dancing. It has been greatly misrepresented in popular culture and even has a negative connotation among the less informed. As featured in the Winter 1996 issue of Habibi magazine, a birth dancer, Morocco, said:

“Dance du ventre, or belly dancing, is not at all what Western society thinks it to be, i.e. a dance of sex and seduction. This is an erroneous and ignorant belief, reinforced and perpetuated by stage and movie writers too lazy to do research. Neither is it a ‘belly’ dance, since much more is involved than just the stomach muscles. Oriental dancing, as the Arabs themselves call it, is one of the oldest forms of dance, originating with pre-Biblical religious rites worshipping motherhood and having as its practical side the preparation of females for the stresses of childbirth. Thus it is the oldest form of natural childbirth instruction.”

If you are interested in classes contact me for more information. Wishing you a healthy, peaceful pregnancy and birth.

Become a leader in women’s health, be your own boss, make a decent living doing work you love. Want to know more? Find out the Top Ten Reasons to Become a Postpartum Caregiver, get your Free Download here.