Poverty = A Waste of a Human Being, Thoughts from Muhammad Yunus 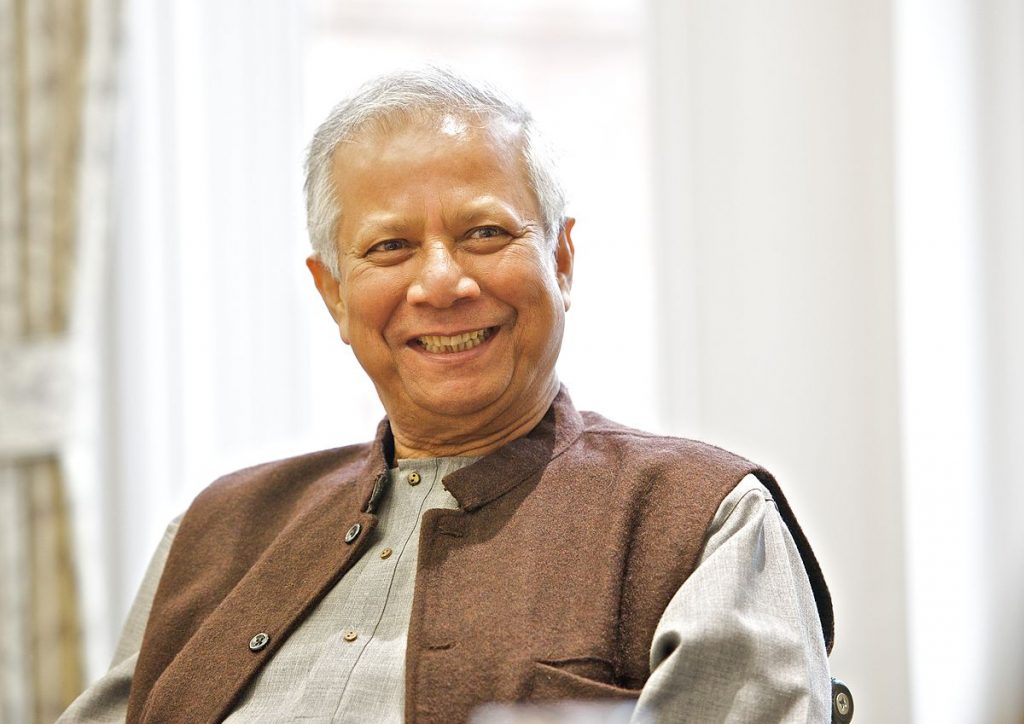 The following is an edited excerpt taken from an interview of Muhammad Yunus in the book 22 Ideas to Fix the World, by Piotr Dutkiewicz and Richard Sakwa. Muhammad Yunus is the 2006 Nobel prize winner for combatting poverty via the microcredit system that he developed in Bangladesh. Please enjoy his wonderful thought provoking words and please consider embracing equality as part of our elemental system.

“We can approach poverty in many different ways. It can mean lack of opportunities, lack of income, lack of a future, lack of a dream for a future. This is one way to look at it. Another way poverty can be considered is as a denial of all human rights, in that a poor person lacks access to what we see as human rights: right to food, shelter, and so on. Poverty can be looked at as a situation where you leave creative human beings in a total waste, in the sense that they are not being useful to society or themselves. Poverty can be looked at as a blockage of the energy that all these people have to contribute to society. This is related to a belief that I have that all human beings have unlimited potential, unlimited capacity, unlimited creative energy. Simply, some have the opportunity to unleash that potential, be it a fraction or all of it, and others are denied the chance to even explore these capacities that exist within them. The other thing I should mention is that poverty is not created by poor people. Poverty is not in a person; it is something that is imposed on the person.  In the sense that is is not in the person, but is imposed by external forces, which I see as the system as it prevails. The system creates poverty.

Environment, food security, capital markets – these are not separate issues. These are manifestations of the basic problem in the structure we have built. These are not separate issues. Only we are looking through our own glasses, and each one of us sees only what their glasses allow them to see. So they see only food or only the environment. And this is the fundamental flaw in the way we have conceptualized the world itself. Moreover the basic flaw I see in the whole structure is misinterpretation of the human being. We now have only one kind of human being: a human being who is dedicated to making money. Se we create a structure where money is central. We are all chasing money because in this world business means making money, maximizing profit, accumulating value.

I understand a system where money is a means, but I don’t understand why money-making should be an end. Money-making as an end is unacceptable. The real question of ends, of “Why am I here on this planet?” The system should be consistent with our purpose. I’m not saying the purpose is defined by somebody else. You define your own purpose. But when you leave, what is it that you want to see that you have achieved? Money cannot be the purpose. It cannot be the only thing we achieve.”

I think human beings are selfish. There is no doubt about it. And this came out of self-protection. This was the origin of selfishness. I want to protect myself, my family, and so on. But it has been overblown in economic interpretation. There is a fundamental difference between selfishness, in the sense of not caring if you damage others, and selfishness as self-protection. Moreover all human beings are equally endowed with something called selflessness. And that was completely forgotten. When I raised this question about selflessness, economists answer, “Well, why don’t you step outside of the economic world? Be a philanthropist. Work in charity. Give away your money.” And I say that I’m not talking about giving away my money, but about selflessness in the economic world. How can we create a business on the basis of selflessness? What would that look like? How might I create a business to solve certain problems rather than simply to create financial benefit for myself?

So what’s the difference between the business way and the charity way? In the charity way, when I give money away, it goes out and never comes back. It has a very limited application. But what if, somehow, I can transform this project into a business, and so keep the charity objective but do it in a business way? So I send the money, it does its work, and then it comes back, and then I can achieve much more with that money. I can make changes, make it more efficient, bring in technology. I have created many such companies. I call these social businesses.

I also raise the question of why there should be unemployment. What’s wrong? Is there something wrong with human beings that make them unemployed? Young people who have done everything possible, are energetic, creative, educated, but are not employed – Is is their fault or the fault of the system? I say it’s the fault of the system. If the system cannot take care of the able-bodied human beings that belong to it, throw out the system because it doesn’t work. We have to design a new system where the word unemployment will be totally unknown. So you need to redesign. First, you need to reinterpret the human being as both a selfish and selfless being. Second, recognize that selflessness can also be expressed though business. Problems are caused by selfishness, but we have no methodology to solve them other than giving charity. I don’t want to leave this to government.. Governments don’t have the power to do all this because the way we create problems – the speed and the energy with which we create them – governments cannot match that energy and those resources to solve the problems. So problems accumulate. Problems become massive.

Whenever I see a problem, my mind starts working. I ask myself, “Why don’t I design a business to address this problem?” As a result I have created more than fifty companies. And each time it’s been all about addressing a problem.”

The Year of the Minimalist

Learn the fastest, easiest way to change and improve your life forever.…

I’m a big fan of TED Talks, and this one is close…

Become a leader in women’s health, be your own boss, make a decent living doing work you love. Want to know more? Find out the Top Ten Reasons to Become a Postpartum Caregiver, get your Free Download here.